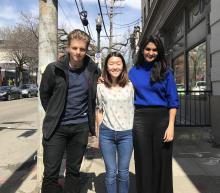 CMU's Christina Harrington Works at the Intersection of Futurism, Health and Racial Equity

A few years ago, when Carnegie Mellon University design researcher Christina Harrington was still making home visits for her research, she marveled at the response.

The Computer Science Department's new course focusing on issues of justice, equity, diversity and inclusion in computer science and society got its start when a group of graduate students decided to create the training they wished they had received.

The Celebration of Education Awards Ceremony is an annual event where the Carnegie Mellon community comes together to recognize outstanding teaching, mentorship and educational innovation across the university. 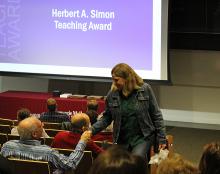 Several of our Human-Computer Interaction Institute colleagues were recognized at the SCS Founders Day Awards ceremony on Tuesday, April 5, 2022, in Rashid Auditorium.
The annual SCS Founders Day event is a time for us to come together as a community and reflect on our achievements as well as the future ahead for the School of Computer Science. Please join us in recognizing the following from the HCII: 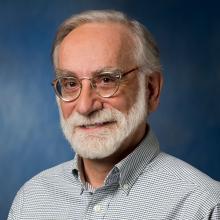 Professor Aniket "Niki" Kittur has been named to the 2022 CHI Academy — an honorary group of individuals who have made substantial contributions to the field of human-computer interaction (HCI).

A group of Carnegie Mellon University masters students is partnering with Shonan Seminar Co., Ltd. to provide enhanced opportunities for student learning, growth, and achievement based on analyses of the behavioral and engagement data of both students and teachers.

Students working on Carnegie Mellon University's Moon Buddy likely will not walk on the lunar surface as part of NASA's upcoming Artemis missions. But their technology could make its way into space as part of the agency's next generation of spacesuits.