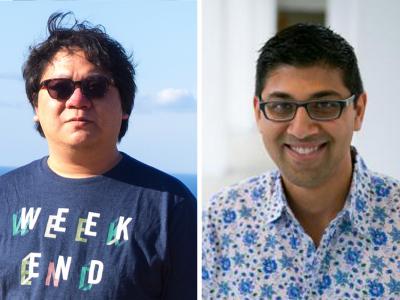 If you are reading this, chances are you have several other tabs open in your browser that you mean to get to eventually.

Internet browser tabs are a major source of friction on the internet. People love them. People hate them. For some users, tabs bring order and efficiency to their web browsing. For others, they spiral out of control, shrinking at the top of the screen as their numbers expand.

A research team at Carnegie Mellon University recently completed the first in-depth study of browser tabs in more than a decade. They found that many people struggle with tab overload, an underlying reason being that while tabs serve a variety of functions, they often do so poorly.

"Browser tabs are sort of the most basic tools that you use on the internet," said Joseph Chee Chang, a postdoctoral fellow in the School of Computer Science's Human Computer Interaction Institute (HCII) and a member of the research team. "Despite being so ubiquitous, we noticed that people were having all sorts of issues with them."

The team will present their paper, "When the Tab Comes Due: Challenges in the Cost Structure of Browser Tab Usage," at the Association for Computing Machinery's Conference on Human Factors in Computing Systems (CHI 2021), May 8-13.

For the study, the team conducted surveys and interviews with people about their tab use. The study details why people kept tabs open, including using them as reminders or fearing they would have to search for the information again. It also looked at why people closed tabs, knowing that tab overload can strain a person's attention and computer resources. About 25% of the participants in one aspect of the study reported that their browser or computer crashed because they had too many tabs open.

The researchers found that people felt invested in the tabs they had open, making it difficult for them to close the tabs even as they started to feel overwhelmed or ashamed by how many they had open.

Tabs first showed up in web browsers in 2001 and haven't changed much since. The internet, however, has. There is about a billion times more information on the web now than there was 20 years ago. Today, one tab could house an email inbox. Another could be used for a music or video player. Articles stashed away to read later could be in other tabs, as could restaurant reviews or information for an upcoming trip. Add in social media sites, news or other pages used for work or play, and it is easy to have a dozen or more tabs or windows open at any given time.

Tabs, it turns out, aren't the best tool for assisting with complex work and life tasks that people perform on the internet. Their simple list structure makes it difficult for users to jump between sets of tasks throughout the day. And despite people using tabs as an external form of memory, they do not capture the rich structure of their thoughts. Researchers found that while users complained about being overwhelmed by the number of tabs they queued up to work on later, they also didn't want to move them out of sight, as they worried about never going back to them.

"People feared that as soon as something went out of sight, it was gone," said Aniket Kittur, a professor in the HCII and head of the research team. "Fear of this black hole effect was so strong that it compelled people to keep tabs open even as the number became unmanageable."

Tab overload also arises from sense-making and decision tasks that require a person to absorb information from many sources, stitch it together and come to a conclusion. For instance, if someone is researching what camera to buy, that person may search several different reviews, how-to guides and shopping sites to compare models.

"Managing this sort of task is really one of the most important aspects of productivity in our lives," Kittur said. "And the number one tool that everyone uses for it is tabs, even though they don't do a good job."

The team believes that today's browsers do not offer a good tool for managing all the information and tasks people head to the internet for. To fix this, they created Skeema, an extension for the Google Chrome browser that reimagines tabs as tasks.

Users of an early version of the tool significantly reduced the number of tabs and windows they kept open, reported much less stress connected to tabs, and remained more focused on the task at hand. Many of the early beta testers started using the tool daily to manage the tabs and tasks in their lives.

"Our task-centric approach allowed users to manage their browser tabs more efficiently, enabling them to better switch between tasks, reduce tab clutter and create task structures that better reflected their mental models," Chang said. "As our online tasks become increasingly complex, new interfaces and interactions that can merge tab management and task management in a browser will become increasingly important. After 20 years of little innovation, Skeema is a first step toward making tabs work better for users."