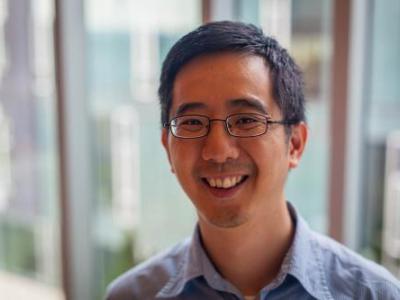 Professor Jason Hong has been named to the 2020 CHI Academy, an honorary group of individuals who have made substantial contributions to the field of human-computer interaction (HCI).

Each year, the Association for Computing Machinery's Special Interest Group in Computer-Human Interaction (SIGCHI) elects a few new CHI Academy members whose efforts have shaped the discipline and the industry. Members are selected based on their cumulative contributions to the HCI field, impact on the field through development of new research directions and/or innovations, influence the work of others, and participation in the ACM SIGCHI community.

His anti-phishing research has been widely adopted by industry groups and led to the design of anti-phishing browser warnings, increasing the cybersecurity awareness of millions of internet users. Hong is also a co-founder of Wombat Security Technologies, a company that pioneered human-centered cybersecurity training and was acquired by Proofpoint in 2018.

Hong has published extensively in the areas of mobile computing, Internet of Things, and usable privacy and security. He is a co-author of the book The Design of Sites, a popular book on web design using web design patterns.

Hong received his PhD from Berkeley and his undergraduate degrees from Georgia Institute of Technology. He has participated on DARPA’s Computer Science Study Panel (CS2P), is an Alfred P. Sloan Research Fellow, a Kavli Fellow, a PopTech Science fellow, a New America National Cybersecurity Fellow, and previously held the HCII Career Development fellowship.

The 2020 CHI Academy awards have been postponed due to the cancellation of the CHI conference, but will be presented at a later date.