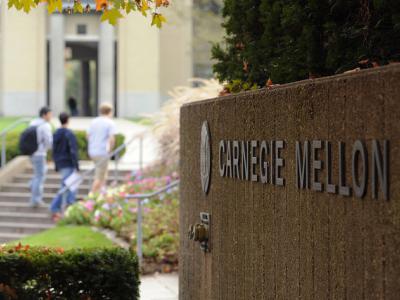 In an unusual move intended to shake up how college teaching is done around the world, Carnegie Mellon University today announced that it will give away dozens of the digital-learning software tools it has built over more than a decade—and make their underlying code available for anyone to see and modify.

Among the software slated to be released under an open-source license is the university’s pioneering adaptive-learning project, the Open Learning Initiative, as well as a learning analytics platform LearnSphere. Officials estimate that developing the software has cost more than $100 million in foundation grants and university dollars.

The goal of the software giveaway is to jump-start “learning engineering,” the practice of applying findings from learning science to college classrooms.

If it takes off, the effort could result in a free, open-source alternative to a growing number of commercial adaptive-learning and learning analytics tools aimed at colleges. One of the biggest concerns by college leaders about buying such tools from commercial vendors is whether colleges will have access to the underlying algorithmic logic—or whether the systems will be a “black box.”

Carnegie Mellon has a long history of commercializing its digital-learning tools, though. In 1998, for instance, researchers from the university formed a spin-off company called Carnegie Learning that popularized the math tutor software developed at the university. More recently, in 2013, a company called Acrobatiq was formed to try to bring lessons learned from the Open Learning Initiative to the market.

But the standard path of commercializing software has not worked well for the latest generation of digital tools, argues Norman Bier, director of the Open Learning Initiative and the executive director of the Simon Initiative, a learning-engineering project at CMU leading this national effort.

“What we’re seeing is once something gets pushed out into the market, often the things that made it very, very effective aren’t the things that make it sell,” he says. And when software companies make changes that lead to greater sales, he adds, “often you’re compromising the thing that made the innovation effective in the first place.”

He says the hope is that by running Open Learning Initiative software and other teaching tools as open-source projects developed by universities, they can “keep things rooted in the research that’s driving its effectiveness.”

Some of the software that CMU plans to release as open source were already free to download, but until now the source code was not made available. But Kenneth R. Koedinger, a professor of human computer interaction and psychology at Carnegie Mellon, says that moving to an open-source model means that colleges can fully customize it, and potentially share back with other users what works and what doesn’t. “When people think about using free tools coming out of a university, they wonder if they’re using something sustainable,” he says. “One way to build confidence is to say, ‘The source code is going to be available [to review], and we’ll build a community to keep it alive.’”

As part of the new effort, Carnegie Mellon says it will also try a new approach to working with other colleges to encourage adoption of the software. To do that, it has partnered with the Empirical Educator Project, a group of colleges and edtech companies led by e-Literate, a popular education blog, that holds summits and encourages participants to try each others’ tools and approaches. That group says it plans to announce more details about the partnership at its upcoming meeting in early May.

"We need a scientific revolution in education akin to the one that we had in medicine 150 years ago," said Michael Feldstein, coordinator of the Empirical Educator Project, in a statement. "This isn’t a silver bullet, and it isn’t charity. It’s an invitation to the educators of the world for us all to solve big problems together."

Read the rest of the article by Jeffrey R. Young on EdSurge.com.