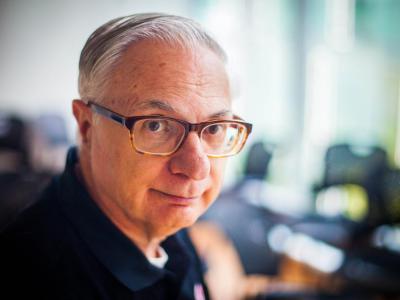 Daniel P. Siewiorek, the Buhl University Professor of Electrical and Computer Engineering and Computer Science in the Human-Computer Interaction Institute (HCII), has been named the 2018 recipient of the IEEE Computer Society Taylor L. Booth Education Award.

The award recognizes Siewiorek, who has held a number of key leadership positions in both the School of Computer Science and the College of Engineering during his 46 years at Carnegie Mellon University, "for contributions to computer architecture, wearable computing, and human-computer interaction education through his pioneering textbooks, mentoring and leadership."

"I feel very honored to receive this award," Siewiorek said. "When I was beginning as an assistant professor, I looked to Taylor Booth as a role model in computer engineering education. We were all using his textbook in the classroom."

An author of nine textbooks and more than 475 papers, Siewiorek leads an interdisciplinary team that has designed and constructed more than 20 mobile computing systems. He has designed or been involved with the design of nine multiprocessor systems, including the pioneering Cm* in 1974, and has been a key contributor to the dependability design of over two dozen commercial computing systems.

Siewiorek is the former director of the Quality of Life Technology NSF Engineering Research Center, former HCII director, and co-founder and former associate director of the Institute for Complex Engineered Systems.

The award consists of a bronze medal and $5,000 honorarium, and will be presented at a June 6 dinner and ceremony in Phoenix. Further information about the award, including a list of past recipients, is available on the IEEE Computer Society website.